Creativity. It's been criticized, overlooked, and misconstrued. Of course creativity can translate to artistic talents, but you can also be a creative mathematician, historian, teacher, and yes, even a creative programmer. Sphero robots and educational STEM kits teach coding and 21st century literacy, but they also go beyond code and foster creativity.

Check out some of our research on the importance of creativity and why cultivating those skills is the very heart and soul of Sphero. Several tests have been developed to measure creativity and creative capacity. Children who have succeeded on these tests have also had high rates of success as entrepreneurs, authors, doctors, and software developers. However, recent analysis of test scores shows a significant drop in students' creativity. Concerned? We sure are.

Example task: Participants are given a sheet of paper with Xs, and are then asked to draw as many pictures incorporating the X as possible. This is one out of many verbal and non-verbal tasks in Torrance Tests of Creative Thinking. Analysis of >300,000 American K—12 students TTCT scores
The responses to each task are scored according to several criteria. Researchers have noted a downturn in children's' scores in several areas, beginning in the 1990s. THE TOTAL NUMBER OF INTERPRETABLE, MEANINGFUL, AND RELEVANT IDEAS GENERATED IN RESPONSE TO THE TASK. THE STATISTICAL RARITY OF THE RESPONSES. THE AMOUNT OF DETAIL IN.

Divergent thinking is not the same thing as creativity, but it is essential for creativity to thrive. It is a thought process or method used to generate creative ideas by exploring many possible solutions. A divergent thinking test (originally developed by George Land for NASA to identify the most creative scientists) was given to children starting at the age of 5, and again to the same children at ages 10 and 15. The result showed a major decline in the number of kids performing at a genius level. That... is a big bummer.

Come up with as many uses for paper clips as you can. At Sphero, we want creativity to blossom, not wither. A major IBM survey showed that CEO’s feel creativity is critical for success. Luckily, creativity can be developed and learned through the cultivation of cognitive skills and enabling kids to explore and discover for themselves. While embracing the necessity for coding skills in future professions, our Education program is also designed to foster creativity and discovery from K-12, or even K-Career. How? We’re glad you asked.

Good news for kids AND parents about play – it's essential to the development of creative thinking skills. The bad news – a possible reason for the decline in creativity is that children’s free-play time in the U.S. has dropped an estimated 25% since 1981. So start learning and playing with Sphero & littleBits today! The STEAM movement isn't about spending 20% less time on science, technology, engineering, and math (STEM) to make room for art. It is about applying creative thinking and design skills to said STEM subjects, deepening student learning. And guess what, the Sphero Edu App is full of activities that incorporate the arts. So go embrace that A.

Left brain or right brain? Use both! Learning to code allows kids to use their analytical left-brain skills in combination with their imaginative right-brain skills. Collaborative, hands-on, and project-based learning with Sphero robots and the Lightning Lab app exercise whole brain thinking, enhancing students’ creativity and interpersonal skills.

WORDS TO CREATE BY

Because everyone loves inspirational quotes... A few big brains out there had some thoughts on creativity, coding, and education. They've inspired us and we hope they inspire you, too. The decline in creativity is an issue we want to help mitigate at Sphero EDU through play, robotics, coding, and STEAM activities. We see programming as an open-ended form of art – it’s not a “nerd thing” anymore, nor was it ever. The divergent thinking and creativity our robots and app nurture are widely seen as valuable, if not necessary, skills for one’s future. So get inspired, get coding, and get creative. 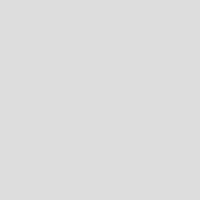