Programming is a well known, yet rather rare skill. In a discussion about learning programming, most people probably wouldn’t think of teaching children. Programming, however, is nothing more than a new language, and multiple studies have indicated that 10 is the best age to begin learning a new language. Although the best age to teach kids programming is so young, that doesn’t mean children will learn these languages quickly; it’s more likely they will learn rather slowly. The difference is that the experience will be more permanent than if a language is learned later in life.

The benefits of learning a new language, specifically programming, at a young age include more than the simple reasoning that the knowledge will be more permanent. A few of these benefits will be covered below, as well as a few methods that can be used to introduce this concept to children.

As previously mentioned, there are multiple benefits to teaching children the language of programming. One of these is the contribution to a child’s ability to think critically. In the process of practicing coding and programming, the user, in this case, kids will encounter situations where their script fails to work in the intended way, or simply fails to work altogether. When this happens, the child must go back through all their work until they can find where in the script the problem lies. Then, they must analyze the issue and understand why the entered code either doesn’t work or works in an unintended way. The process of identifying the problem area, analyzing the effects of the issue, developing a solution, and finally, testing and refining the solution, are all procedures that strongly influence a child’s ability to think critically. The more a child is exposed to this practice, the better they will become at utilizing the skill, not only when coding, but in other aspects of life as well.

One particular benefit of introducing programming and teaching kids the skill to think critically is that, with coding, there is scarcely ever only one right answer. This means kids are truly learning to be critical thinkers and not simply learning formulas and non-varying solutions. In turn, this teaches children to look at a problem from multiple angles to discover the most efficient solution.

Critical thinking isn’t the only benefit of teaching children how to program. Children are also encouraged to use their creativity in the same respect that they are encouraged to think critically. When children are compelled to use critical thinking skills to resolve issues in lines of code, they are simultaneously using creative thinking to contrive any variety of solutions. Because coding is a language of its own, there are limitless possibilities to the combinations and creations to be made, just as there is essentially no limit to the different combinations of sentences that can be made in the English language.

Every new experience in programming opens up more possibilities and provides new ideas and opportunities for children to explore. Creative thinking, innovation, and reasoning are incredibly valuable skills in the “real world.” Remember, nothing has ever changed, and nobody has ever gotten ahead by doing the same thing as everyone else.

One of the more concrete benefits of teaching children programming is the contribution to their math skills. Although the benefits similarly come from the development of critical and creative thinking skills, coding additionally helps kids visualize abstract concepts such as the importance of decimal point placement and the effects of inputs and outputs. In their early stages of complex mental development, it’s often difficult for kids to visualize large sets of data which can contribute to the widespread perception that kids hate math. With the clear cause and effect of inputs in coding, these abstract ideas can be grounded without the need to use brainpower to visualize these concepts. Instead, kids can see real iterations of these ideas, allowing them to become significantly easier to grasp and digest. The abstract concepts that coding helps with extends into more complicated aspects, such as the use of variables and even proofs.

Ways to introduce coding and programming

Now that some of the prime benefits of teaching children to program have been explored, we’ll look at a few ways parents and educators can begin to introduce this language to children of all ages.

Coding kits are a unique way to introduce children to coding at all phases of life but are especially useful for early childhood development. These kits provide access to the logic and concepts that are necessary to understand coding but are usable for everyone and are not limited to individuals with computer access. These kits come in different sizes so that a single child or an entire classroom can learn. Best of all, these kits can expand and include some simple technology to help bridge the gap between the concepts and using a computer to develop and refine code.

Just as how children are sent to school to learn subjects from people whose specialty it is to teach subject materials in locations properly equipped to educate, it’s not a bad idea to send children to specific camp programs to learn a specialty such as coding. Summer camps aren’t restricted solely to in-person options, there are also virtual summer camps that are a great option when an in-person camp isn’t locally accessible or in times of wellness concerns. Camps are typically better equipped to teach children whatever skills they specialize in. There is also the benefit that the team members employed at these camps have the experience necessary to handle the issues children may face while learning to code. Lastly, summer camps are the perfect time to teach kids something new, so their minds are still occupied and growing while on break from school.

Some codeless programs, such as RPA (robotic process automation), actually utilize code, but the code is not input by the user. Instead, the user’s input is a series of instructions that sometimes take the form of a “drag and drop” interface or even a “screen recording” feature, which captures the mouse and keystroke movements of the user and replicates them. The reason that this type of program is useful in introducing coding is that kids can see the actions of code without having to understand how to read or write it.

A child’s mind is developing at an incredible speed and is the reason that early education is mandatory in society. Their brains are capable of grasping relatively complex ideas quicker than people might realize. Aside from all the early-life benefits mentioned above, teaching children to code and program will put them at an advantage later in life when they approach the age to enter the working world, and teaching girls programming, in particular, can help overcome gender barriers in the related fields.

Opinions expressed by Sphero.com contributors are their own. 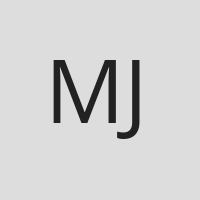